Which Statement Is True About Fully-Automatic Firearms?

Many self-defense experts believe that fully-automatic firearms, also known as “shot guns” are safer than their cheaper spring-loaded cousins because the potential damage from such weaponry can be significantly reduced. The most popular semi-automatic handguns in today’s market are those which utilize a firing pin made of either brass or steel to propel the bullet through the barrel at a velocity far greater than the force required to make contact with the primer and the bullet. The steel shot can shoot many shots before the primer must be able to ignite again, making for a relatively long trigger pull and thus greatly reducing the likelihood of injury to the shooter. Brass shot can be reused several times after a single round of ammunition has been fired; this makes them less of a liability compared to semi-automatic pistol models. 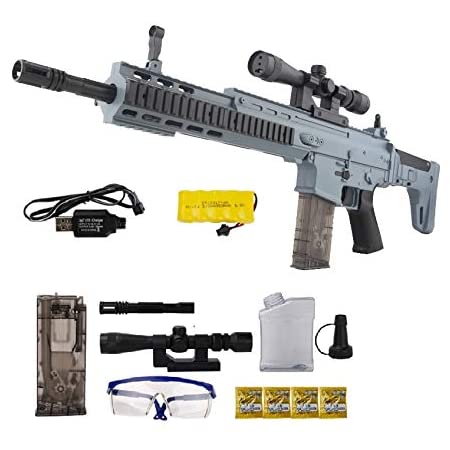 The second popular argument as to which statement is true about fully-automatic firearms concerns the location of the firing pin. Since the firing pin is located outside the safety component itself, many gun owners feel that it must be harder for a burglar to activate the device if it is located in an inconvenient location. Many experts claim that the only way to determine if a fenced in or walled-off area would be an ideal location for a pistol shot is to shoot several practice shots in that area at close range to ensure that the device will function properly when needed.

The fourth popular argument as to which is true about fully-automatic firearm states that it is more likely that criminals will purchase a firearm rather than obtaining one from a licensed dealer. This argument makes some sense. After all, criminals are not likely to be purchasing a large caliber handgun. This type of firearm is typically reserved for uses such as robbery and gang activity. They would not likely buy a fully-automatic firearm unless they were given a specific order to do so by the investigating officer.

The final argument which is true about fully-automatic firearms considers the potential issue of side-fire firing. This occurs when a semi-automatic firearm is fired after the operator has pulled the trigger but before the bullet is fired. The potential for this type of firing exists because of how many manufacturers have adopted a design which discharges the round after the operator has already pressed the trigger. This can cause a problem for the police if a semi-automatic firearm is discharged due to this flaw.